Showing posts from November, 2017
Show all 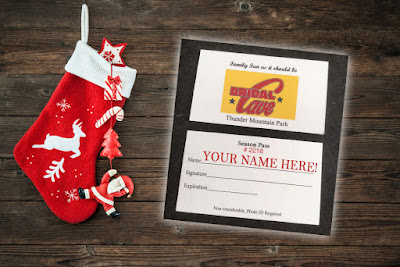 Sometimes the biggest gifts come in the smallest packages. A season pass to one of America's most scenic cave tours is that type of gift. An inexpensive $5 upgrade to a one-time cave tour lets a person take the tour at Bridal Cave & Thunder Mountain Park as many times as they like for an entire year! It's a gift that keeps on giving!  Bridal Cave Season Passes Giving the gift of a memorable experience lasts a lot longer than most presents will. Our season passes are good for an entire year from the date of purchase, and they are only $5 more than the price of 1 trip through Bridal Cave. If you are here taking the tour, we are happy to upgrade your ticket afterward. If you'll be purchasing season passes for loved ones on your holiday shopping list, they are just $23 for adult passes and $14 for children ages 5-12. Bridal Cave is full of magnificent natural things to see, and it's pretty much impossible for your eyes to catch them all during just one tour. T
Post a Comment
Location: 526 Bridal Cave Rd, Camdenton, MO 65020, USA
Read more 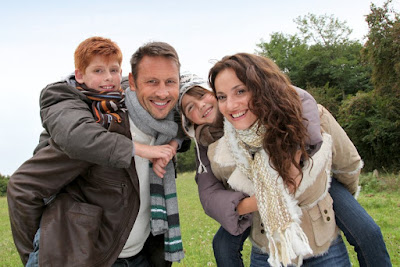 This Thursday is a time for family and friends to gather, give thanks, and enjoy some quality time together. After that, over the holiday weekend, you should get everyone out of the house for some exciting fun at our year-round Lake of the Ozarks attraction . Bridal Cave will be closed on Thanksgiving Day, but we'll be open every other day from 9 am - 4 pm for all kinds of family fun.  Gorgeous Views, Inside and Out You never know what the weather is going to bring our way in this area, so there's an excellent chance that the temperatures will be favorable for a nice walk along the trails of Thunder Mountain Park. We've also got a breathtaking view of the Lake of the Ozarks here, with a couple of amazing scenic overlooks.  Once you step inside America's most scenic cave tour , it doesn't matter what the weather is like outside, because Bridal Cave is always a comfortable 60° underground. That means even if it's too cold to enjoy the outdoors, you can st
Post a Comment
Location: 526 Bridal Cave Rd, Camdenton, MO 65020, USA
Read more 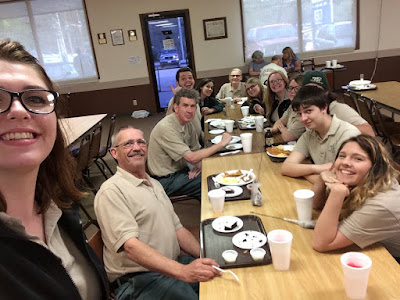 The coming new year, 2018, marks Bridal Cave 's 70th Anniversary! It was on April 14, 1948, that our amazing underground family attraction at the Lake of the Ozarks began its journey to become the now popular show cave.   WOW! 70 Years! What you now know as America's most scenic cave tour was officially incorporated and construction began on April 14, 1948. On that day, work started on building the road to the cave, as well as the construction of walkways and a lighting system inside the cave. After 6 months of extremely hard work from some very dedicated people, Bridal Cave officially opened on October 16, 1948. We are proud to say that it has been in continuous operation ever since!  Tour Guide Reunion 70 is a big milestone, and to get our exciting 70th Anniversary kicked off we will be hosting a Tour Guide Reunion on April 14, 2018 , exactly 70 years after this incredible wonder got its start. Every single tour guide that was employed at Bridal Cave over the p
Post a Comment
Location: 526 Bridal Cave Rd, Camdenton, MO 65020, USA
Read more 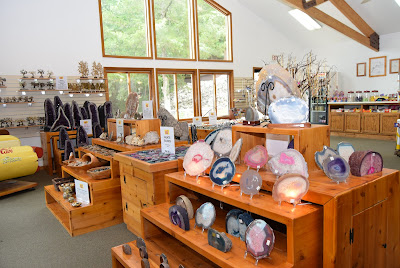 It's hard to believe, but the Visitor's Center/ Rock Shop at our scenic Lake of the Ozarks attraction is almost 30 years old! We think it's about time for a facelift, and that's exactly what will be happening over the winter. We need to reduce our current inventory in the gift shop to give the crews room to work, so Bridal Cave & Thunder Mountain Park is having a great big remodel sale.  Biggest Sale Ever This sale is going on now, and it will continue until the end of the year. Perfect timing if you'd like to do a little early Christmas shopping for the rock hound in your family. There are lots of beautiful pieces that you don't have to be a rock lover to appreciate, so you may be able to find something for everyone on your list. (Don't forget to get yourself something nice too!)  Even though the sale will extend through the end of the year, supplies are limited, and once they're gone, they are gone. This is the biggest sale that we have e
Post a Comment
Location: 526 Bridal Cave Rd, Camdenton, MO 65020, USA
Read more 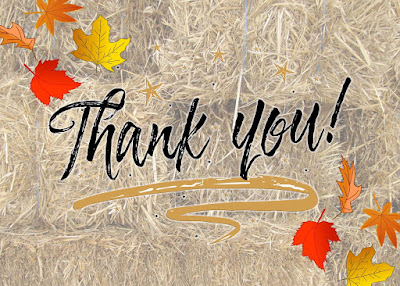 Our fall festival is over (for this year) and our scenic attraction at the Lake of the Ozarks is back to its regular breathtaking natural beauty. There were a LOT of decorations to remove, and we couldn't have done it as quickly or as easily without the help of a few local groups.  The following three groups repurposed almost all of the fall decorations that we used to decorate the festival. All of us at Bridal Cave and Thunder Mountain Park want to send a special thank you out to all of them by featuring each one in today's blog.    Forget Me Not Horse Rescue & Sanctuary The gang from this wonderful organization located in Linn Creek picked up our hay bales to use on their farm. The mission of the Missouri Forget Me Not Horse Rescue & Sanctuary is to provide aid and sanctuary to abused, neglected, abandoned, or donated horses that come to them in need. They are there to offer assistance to horses in peril by providing medical care, proper nutrition, and a he
Post a Comment
Location: 526 Bridal Cave Rd, Camdenton, MO 65020, USA
Read more
More posts