February 23, 2016
The maintenance department at Thunder Mountain Park has been hard at work completing a year-long project to enhance your view of one of America's most scenic cave tours. Bridal Cave is now the first major show cave in the Midwest to be lit entirely by LED lighting.

The first step in this major renovation was to test a variety of LED bulbs to find the ones that showed the cave in the best possible light. They had to be tested for physical size, lumens, and most importantly, color temperature. LED's are known for their harsh white light, so the correct temperature of the bulb became a high priority.

Dozens of bulbs went through our testing process, and the winner was the 2700 degree LED bulb. These highlight the cave's already vibrant colors in the most flattering way. One of the guides that have been with us for a long time stated, "I have never seen the cave so beautiful! It is like exploring a whole new cave." 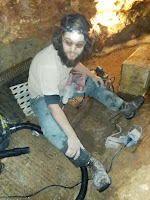 Once we decided on the perfect bulbs, the real hard work started. It was no small task to install over 1,800 light bulbs, 100 remote controlled switches x10, and up to 5 miles of wiring throughout Bridal Cave.

The passageways of the cave were built by nature, not man, so they are not necessarily easy to access, especially with big equipment. 50-foot ladders were the tallest size that we could fit in there, but various rooms in the cave have 80-foot tall ceilings. The only way to reach the top is to free climb after you get to the top of the ladder!

The underground lake sections are even more difficult to maneuver. Those ceiling heights reach over 100 feet. They can only be reached by free climbing one wall to a ladder bridge across the lakes to reach the opposing wall. Not a job for the faint of heart! 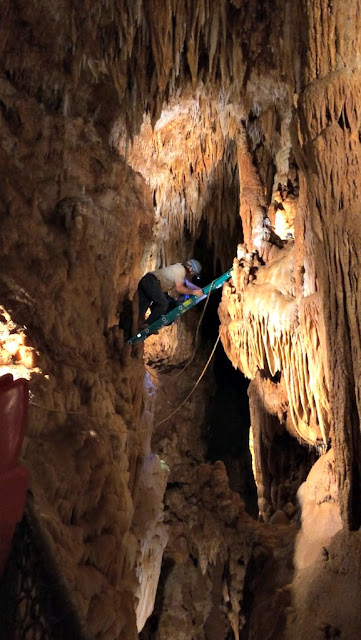 Once each old bulb was replaced with a new LED one, it was pointed to highlight the cave's magnificent formations. We constructed "light shields" to keep the cave's appearance as natural as possible. These block the views of the bulbs from the public. Concrete was used to hide all of the wiring needed to make this project happen. A mixture of 5 colored sands were then blended to match the cave walls and placed over the concrete. 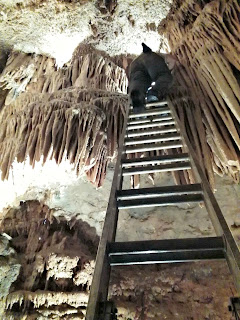 See the cave for the first time... again!

The new LED lighting will give you a brand new perspective and appreciation for the Lake of the Ozarks' best family attraction. The natural beauty that you have admired during your past trips to Bridal Cave is now even better than before. Your next tour through the cave will feel like you are truly seeing it for the first time... again! 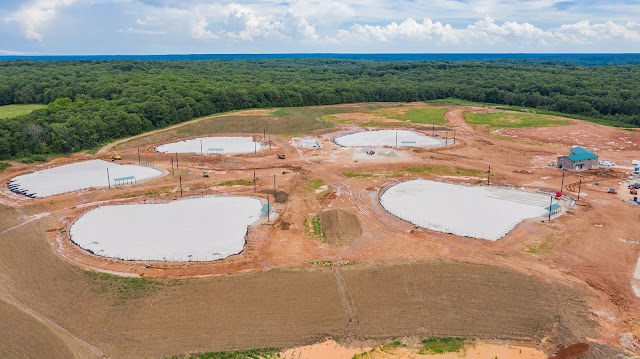 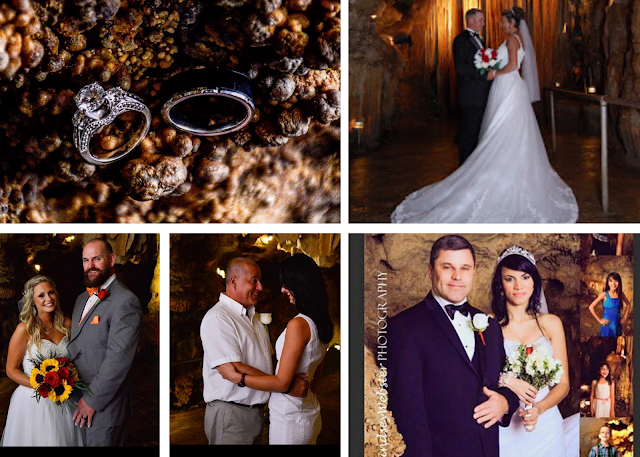