March 24, 2016
Bridal Cave's wedding bell recently went through a time consuming restoration process. It is now back at home at our Lake of the Ozarks scenic attraction and better than ever. From it's creation to today, this bell has had an interesting life. 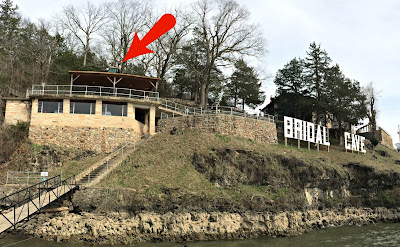 With the amazing Thunder Mountain Park renovations that are taking place for spring 2016, the decision was made to relocate our wedding bell to the top of the pavilion that overlooks the beautiful Lake of the Ozarks from its spot on the hillside above the cave. Since it was already being moved, this seemed like the perfect time to have the bell restored to its original condition. 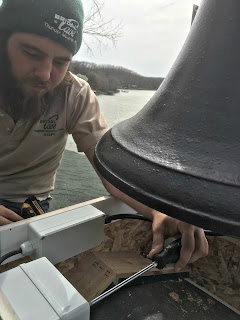 During the restoration process, it was brought to our attention that our Bridal Cave wedding bell is one of the very first bells ever made by the C.S. Bell Company in 1875. It's history from that point until 1949 has not been documented, but it was most likely used as a farm bell to call the workers out of the fields, a dinner bell, or possibly an alarm for fires in the community.

In June of 1949, the first Bridal Cave wedding took place. Eddie Miller, the cave's general manager at the time, thought that ringing the bell after every wedding ceremony to announce the nuptials throughout the Ozark's foothills would be a wonderful gesture. It became tradition, and 67 years later, the bell has tolled for over 3,000 newlywed couples.

The restoration process for our bell took it on quite an interesting journey. It was removed from its long standing location in November 2016, carefully crated, and shipped to New Concept Louvers in Spanish Fork, Utah. This company built a custom copper-topped copula to house our wedding bell. 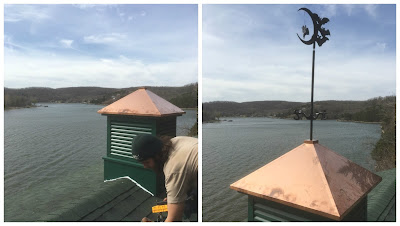 After it was fitted into its new copula, the bell was crated again and shipped to the US Bell Company of Ballwin, MO. They are the ones that completely refurbished the bell to restore it to its original condition. Decades of wear and tear were removed during the time consuming process. The bell was then hand-polished before being sealed in its original black coating.

140 years of ringing the bell had caused the clapper inside to be flattened from the original round shape. To bring back the tone that the bell was meant to make, the manufacturers designed a new electric clapper and installed it. Not only does our bell now have a beautiful ring, but we also have the ability to ring it by remote control. 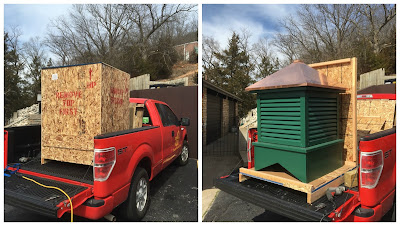 A final inspection was done, and our Bridal Cave wedding bell was once again crated and shipped back to Thunder Mountain Park in March, 2016. Our maintenance staff has already installed it in its new home atop the lakeside pavilion. Once again, every time another couple gets married at Bridal Cave, the sweet sound of our historical wedding bell will ring through the Ozark foothills to announce the joyous occasion. 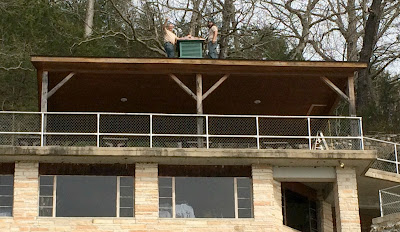