The History of Bridal Cave

November 06, 2015
Bridal Cave has a very interesting past.  It's story goes back long before the Lake of the Ozarks was created.  As early as 8,000 BC, Native Americans were using caves in the area for shelter, and more than likely Bridal Cave was one of those used.  We will begin this tale with the first organized exploration over 150 years ago of what is now known as one the best attractions at the Lake of the Ozarks.


1856
The first organized exploration of portions of Bridal Cave is recorded.  B.D. Dodson is credited with this feat.  The next major exploration is done by S.W. Burke four years later.

1894
Over 5400 acres of land is purchased by Colonel R.G. Scott.  That area is now known as Ha Ha Tonka State Park, and it includes Bridal Cave.  Colonel Scott is very impressed and wants to know how it got the name Bridal Cave, so he begins researching the subject.  He is credited for being the first person to publish the now famous legend of Bridal Chapel in his book, "Indian Romances." 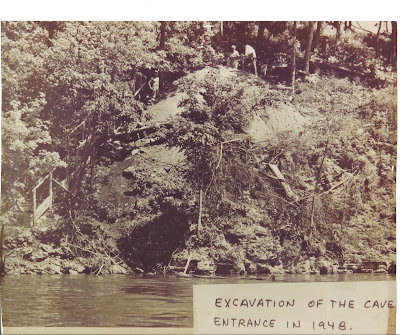 1903
F.M. Snyder buys 2500 acres of the original Ha Ha Tonka tract.  Not only does this section include Bridal Cave, but six other major caves too.

1922
Noted archaeologist Gerald Fowke states that "Formations within Bridal Cave are equal to those of Wyandotte and the Caverns of Luray."  High praise, because those are considered the two most scenic caves in America.

1929
Construction begins on Bagnell Dam, and in 1931 the Lake of the Ozarks begins to fill in.

1947
Bridal Cave is purchased by B.F. Krehbiel and he decides to open it to the public.  He also plays key roles in the development of Ozark Caverns, Fantasy World Caverns, and Fantastic Caverns.  BF and Myrtle Krehbiel have two partners in the initial purchase and development of Bridal Cave - James H. Banner and R.L. Wilkerson.  Lee W. Farmer would join the ownership group in the late 1950's. Members of the Krehbiel, Wilkerson, and Farmer families are still involved in the ownership of Bridal Cave today.

October 16, 1948
Bridal Cave officially opens to the public.  It takes six months to prepare for the opening of the cave entrance, including building a road from Highway 5.

1949
The first couple (in modern times) is married in Bridal Cave Chapel.  Mr. & Mrs. Basil Cole of Sedalia, Missouri return every year on their anniversary for over 50 years.

1968
A new visitor's center is constructed at the cave entrance.  Today it is used for the Bridal Cave souvenir shop.

1981
Divers get a chance to explore the lake inside of the cave.  It is given the name "Mystery Lake" because of a very curious finding.  There is only one entrance to the cave that has ever been discovered, yet somehow wood debris made its way into the bottom of the lake.  It is a complete mystery how early explorers moved what looks to be old scaffolding or a raft so far back into the cave.

1988
Plans are announced for constructing a tunnel to connect the lake section to the historic Bridal Cave section.

1990
Noted as the first major cave opening in over 20 years, this new section of Bridal Cave is opened to the public. 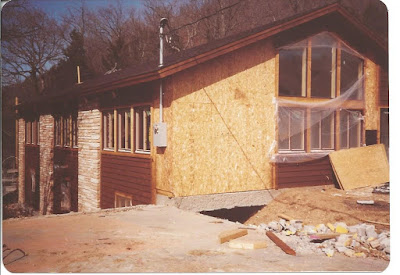 1993
The grand opening of the new visitor's center at Thunder Mountain Park takes place.  All of the original buildings were removed in 1992 for this update.


1995
The newest addition to the park is presented to the public.  Thunder Mountain Mining Company is presented as a complete rock and mineral shop.

2003
A group of four people venture into the far reaches of Bridal Cave.  It has not been traveled in for 22 years, since the exploration of Mystery Lake in 1981. This section is now fully mapped above water, and the exploration of the underwater portions seem promising.

2013
Bridal Cave turns 65.  It celebrates by hosting the National Caves Association Convention.  Over 150 cave owners and operators attend from all over the world.

2014
Glamour magazine names Bridal Chapel one of the "Top 10 Most Unique Wedding Venues in America".

2015
A record is set for 209 ceremonies being performed in Bridal Chapel in one day during the annual "Renew Your Vows For Free for Valentine's Event".  Bridal Cave also surpasses its 3000 weddings mark. 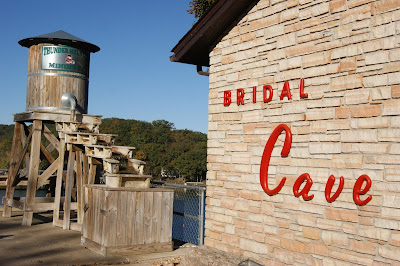 TODAY
This past September, 2015, Thunder Mountain Park began an aggressive beautification improvement project.  Among the many improvements planned are additional landscaping, new park benches and picnic tables, a waterfall, and botanical garden.

A lot of exciting things have happened over the years to make Bridal Cave the best family attraction at the Lake of the Ozarks.  We expect it to keep getting better and better.  Visit us soon, and visit us often.  There is a lot to discover and lot more tales to tell.