Life Inside the Cave

December 29, 2015
There is life inside of Bridal Cave, but much of it is rarely seen.  When you walk through one of mid-Missouri's most scenic cave tours, you are only viewing a small portion of the vast cave that lies beyond.  Biospeliology is the study of organisms that live in caves.  These scientist have provided us with lots of information about the living organisms that live both in and around caves in Missouri.


Biospeleologists seperate the things that live in caves into three categories: 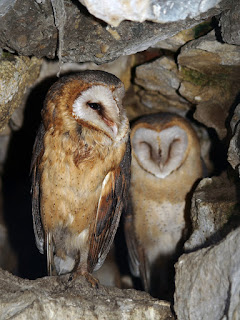 Some living things choose to live in or near the mouths of caves.  It offers them protection from the weather.  Birds sometimes build nests here, and snakes like the cool air coming from the cave on very hot days.  The low light and cooler air makes it a great place for mosses and walking ferns to grow also.

A bit deeper into the cave is referred to as "The Twilight Zone."  Light diminishes quickly the further that you go.  Some of the animals that like to hang out in the entrance will venture this far inside of the cave.

The cave walls are filled with proof of things that lived there in the past.  Bedrock fossils in the walls once lived in the ocean that covered what is now Missouri.  If you look closely, you may see fossil corral, brachiopods (shelled creatures), and crinoid (sea lilies.)  Criniod are actually Missouri's state fossil.  In the past, explorers have even found skulls from extinct saber-toothed tigers and giant lions in our Missouri caves.  When there were more black bears in the area, there would be claw marks, paw prints, and beds where they hibernated inside the caves.

Bats are well-known for living in caves, but they are not restricted to them.  They can also live in barns, forests, belfries, and many other areas.  The bats inside of caves can be found roosting alone, or they can be found in a cluster that is made up of 100's of bats per square foot of the cluster!

A telltale sign that bats are roosting in a specific part of a cave is the guano (bat droppings) underneath them.  Since food inside caves is scarce, this bat guano provides nourishment for many smaller organisms.  Some species of bats only live in caves in the summer, others only hibernate there in the winter, while still others stay inside of the cave all year long.

The deepest, darkest areas of a cave contain animals that have never been in the light.  They are usually pink or white because their skin has lost the ability to produce pigment.  They are often blind too.  Over the thousands of years that these species have lived in the cave, they have adapted to their environment. Other sensory structures have become more developed to compensate.  The things that you find inside the cave will have longer antennae and longer legs than their surface-dwelling counterparts. 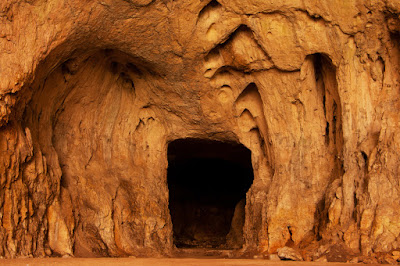 There are many different types of life to find inside of a cave, but you really have to look closely to see it.  Most animals live outside where they can more easily find food to survive.  Bridal Cave is an interesting place, full of mysteries that have been discovered by some biospeleologists, and many more that we are yet to uncover.  Life inside of a cave is exciting.  The next time you tour our Lake of the Ozarks cave, keep a close watch on everything that you pass.  You never know what you may find.