Make History at the Guinness World Records Attempt for the Largest Boat Parade!

The Lake of the Ozarks is attempting to make history this summer by attempting to break the Guinness World Records for the Largest Boat Parade! This fun parade is part of the Best Dam Birthday Bash celebrating Missouri's 200th birthday and Bagnell Dam's 9oth birthday! Want to help us attempt to break the Guinness World Record? Read on to get all the details from our Lake of the Ozarks attraction! 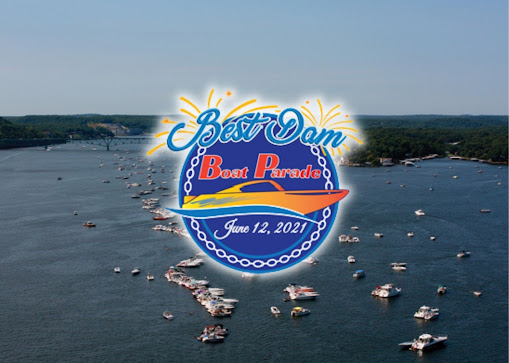 MHQ – Mortgage Headquarters presents the Lake of the Ozarks GUINNESS WORLD RECORDS attempt for the Largest Boat Parade. MHQ will be the Grand Marshall of the parade leading the rest of the boats to try to beat the world record of 1180 boats. The Lake of the Ozarks is excited to attempt to break the GUINNESS WORLD RECORDS title for the Largest Boat Parade. The record is currently held in Malaysia with 1180 boats. Our goal is to not only bring this record to Missouri but to Lake of the Ozarks. We NEED your help to accomplish breaking this record! All boats must register to be able to participate. With your registration of $50 you will get one boat in the parade, a flag to put on your boat the day of the event, and one shirt. There will be an option to purchase additional shirts when you register. We want everyone in the parade to wear their shirts during the parade and to fly the flag on their boat. It will help the adjudicator spot the boats in the parade as they go by. After the parade a adjudicator will do their final scoring and a press conference will be held to present the final number of boats and if the record was broke here at Lake of the Ozarks. The press conference is by invitation only but the entire conference will be streamed live for everyone to watch. 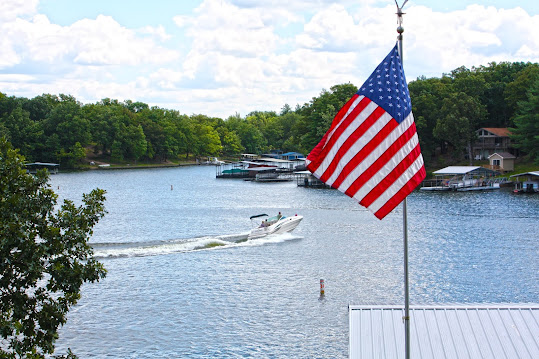 Cost: $50 Per Boat
Includes One shirt, One boat & One boat flag.

Boat Parade registration fees are going to support the largest firework display ever produced in Missouri on Tuesday, August 10th in celebration of Missouri’s Bicentennial.

Where: 19MM-26MM
All boats will be organized by size of the boat. You will be asked to wait in your staged area until told to join the parade.

When: Saturday, June 12th Parade begins at 9am. Must be in your holding location by 8:30am.

1. Why is the cost $50? Is Mortgage Headquarters getting the money raised?

Mortgage Headquarters is not getting any money from the boat parade. The $50 will pay for the flag and one shirt you receive with registration. The additional funds will go towards the Firework Display that will be held on Tuesday, August 10th to celebrate Missouri’s Bicentennial.

2. Do I get my money back if we don’t get enough people to sign up?

This is an attempt at the World Record. We will have the parade no matter what the number ends up being. The judicator will be onsite whether we break the record or not.

3. Can I use a rented boat if it’s not registered in my name?

Absolutely, just get the information you need for the registration form.

4. Can my Coast Guard registration work?

5. When will the shirts/flag be ready for pick up?

Everyone registered to participate will get a document with details on the day of as well as when and where to pick up all items.

6. Do I have to put in a boat registration number to be in the parade?

Yes, this is a Guinness Rule not ours. If you have a new boat and don’t have a registration number, you can use the temp number you received when you did the paperwork.

7. Where do I go the morning of the parade?

A full list of details will be sent out to each registrant prior to the event.

We have PayPal set up with the registration form.

9. Who is putting on this event?

There are several organizations from around the Lake Area that wanted to celebrate the Bagnell Dams 90th Anniversary and Missouri’s 200th Anniversary. A list of exciting events started getting planned including a 12-15 barge Firework show. In order to pay for the show, the group decided to do a Boat Parade to pay for it and why now break a World Record while we are at it.

We can only count those that are registered as part of the World Record attempt. We will try to make it possible to register as close the event as possible but we also, want all registrants to have a flag and shirt, so make sure you register so you can get your swag!
REGISTER FOR THE BOAT PARADE HERE!

The BEST Place to Be All Summer!

The Lake of the Ozarks will be celebrating Missouri's birthday all summer long! Head to www.BestDamBirthdayBash.com to learn more about the biggest birthday party in the state! While you are here celebrating, don't forget to make plans to visit us at Bridal Cave for the BEST cave tour in Missouri! Tours leave every few minutes all summer long and we're the place to be for family fun!
One of America's most scenic
cave tours.