May 10, 2017
We would like to announce that Bridal Cave & Thunder Mountain Park is now an official ticket outlet for Ozarks Amphitheater in Camdenton. You can spend the day at our family attraction at the Lake of the Ozarks, then head on over to enjoy a concert under the stars that night! 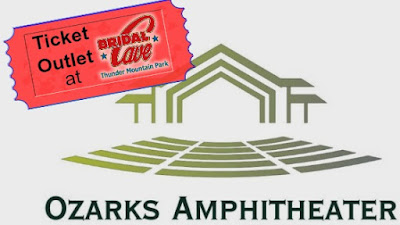 Ozarks Amphitheater
The Ozarks Amphitheater is an open-air concert venue located just a couple of miles away from our scenic Lake of the Ozarks attraction. It was completed in 1993 and has hosted some very well-known entertainers. The Charlie Daniel's Band, Foreigner, REO Speedwagon, Miranda Lambert, Blues Traveler, and Willie Nelson are just a few of the famous voices that have graced the stage.

The concert venue can hold 13,000 fans, with seating for 10,000, plus enough lawn seating for another 3,000. You can purchase tickets on their website or you can swing by Bridal Cave every day between 9 am - 5 pm to pick yours up in person. As an additional bonus, all Ozarks Amphitheater ticket holders can receive 25% off of their Bridal Cave admission simply by showing their ticket at the counter. You get to enjoy 2 amazing experiences and save money in the process!

2017 Concerts
There are a few incredible concerts booked already for the 2017 season at Ozarks Amphitheater. Here is what they've got in store for you so far:
(following photos from www.OzarksAmp.com) 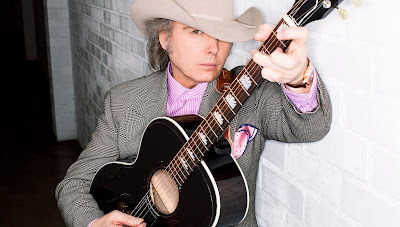 Sunday, May 28:
Dwight Yoakum with special guest Frankie Ballard
Dwight Yoakum is an American singer-songwriter that is credited with helping to pioneer country music. His first album, "Guitars, Cadillacs, Etc., Etc." was released in 1886, and after celebrating many hits from numerous albums since then, he recently released "Swimmin' Pools, Movie Stars."

Frankie Ballard is another talented American country singer-songwriter and guitarist. He has charted 4 singles on the Hot Country Songs charts and will be an excellent opening act for Yoakum. 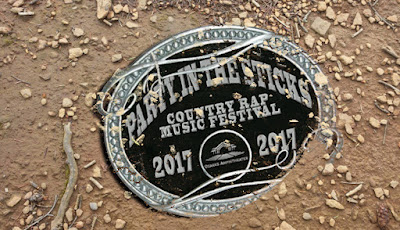 Sunday, July 2:
Party in the Sticks 2017 - Colt Ford
Colt ford is an American rapper, singer, and songwriter that has charted 6 times on the Hot Country Songs charts. He has released 6 albums under Average Joes Entertainment, of which he is a co-founder. His newest album, "Love, Hope, Faith" celebrates the things that bring us together - friends, family, and our faith in a better future.

Three additional acts are scheduled to appear for the Party in the Sticks concert, including Bubba Sparxxx, Struggle Jennings, and Dirt Road Republic. 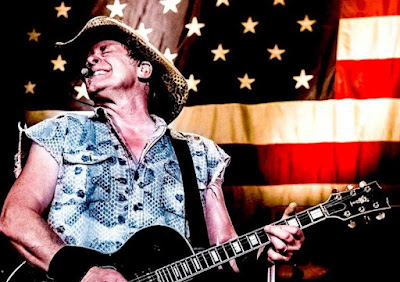 Saturday, July 29:
Ted Nugent with special guests The Kentucky Headhunters
There is a permanent place for Ted Nugent in rock & roll history! He is known as the ultimate guitar-shredding showman, setting attendance records for his concerts at venues around the world. He has sold over 40 million albums and performed more than 6,500 shows full of excitement and first-class entertainment.

The Kentucky Headhunters bring their own brand of Southern rock to the stage. With 8 studio albums, 3 compilations, and 23 singles to their name, this band always performs an amazing show for the crowd. 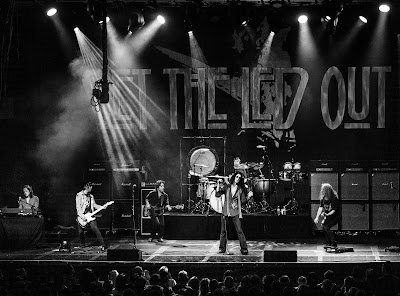 Saturday, August 26:
Get The Led Out: The American Led Zeppelin
This Philadelphia-based group of musicians has captured the essence of the recorded music of the infamous Led Zeppelin. The music you fell in love with on Led Zeppelin's albums will be recreated masterfully by this tribute band. No wigs or fake English accents, just the classic tunes you want to hear. 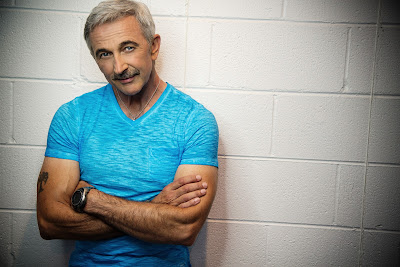 Saturday, Sept. 23:
Aaron Tippin
Aaron Tippin is marking his 25th year in music with this incredible concert tour. He loves bringing his country music to the stage for the people he prefers to call family rather than fans. Tippin promises not only a concert full of your favorite songs, but also loaded with fun.

A Day Full Of Fun For The Whole Family
The entire lake area has all kinds of wonderful things for families to enjoy, and with Bridal Cave & Thunder Mountain Park so close to Ozarks Amphitheater, you can hit two incredible attractions in one day. If you would like more information about upcoming concerts or the theater itself, visit www.OzarksAmp.com. We are happy to partner with such a first class operation doing its part to bring the lake area Family Fun... As It Should Be!